This is a different kind of entry. It won't really feature anything about Magic just about a different collection. This is something to do while preparing for Viennageddon upcoming weekend. I had planned to visit both Raging Bull Series and Hanseatic Cup, but I think I can't manage to do more tournaments before the summer.

When I was a kid, I was into metal music and admired the guys I saw in magazines wearing battle jackets with patches. On Åland I don't remember anyone wearing patches and I was already too much of an outsider, so I didn't dare get me one of those jackets with patches. As with many things old school this is filling a certain void from my youth. 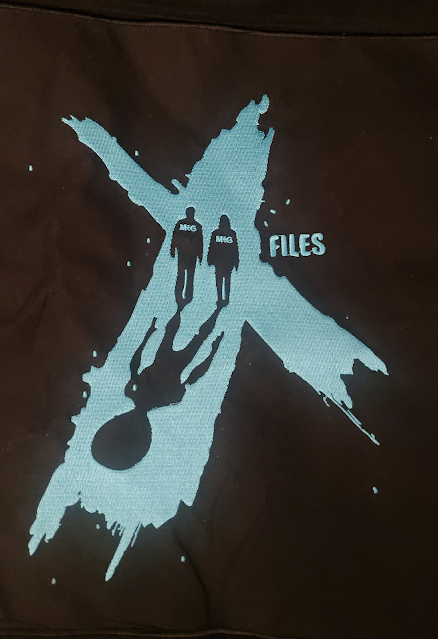 Our back patch may seem a bit weird to say the least. But when we started it was hard finding and agreeing on a good card. Me Micke Thai and Per was up late one night in a hotel room discussing the different alien races in X-Files and that's why we started our X-Files chat on Messenger. A lot of people that played in the 90s also loved X-Files, so it makes sense in some kind of way. 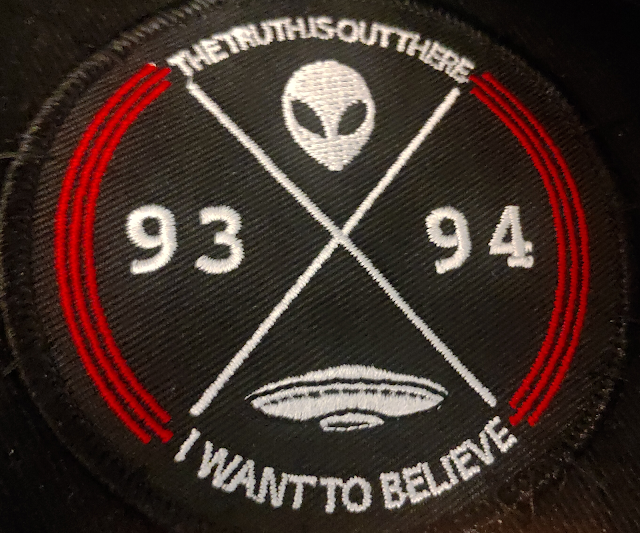 Our small give-away patch is just a very easy design found and we added the 93/94 text. X-Files episode 1 was released 10th September 1993 and Alpha was released 5th August 1993 so they are close in time. I've given away around 25 of these in the last two months to some really top notch guys. 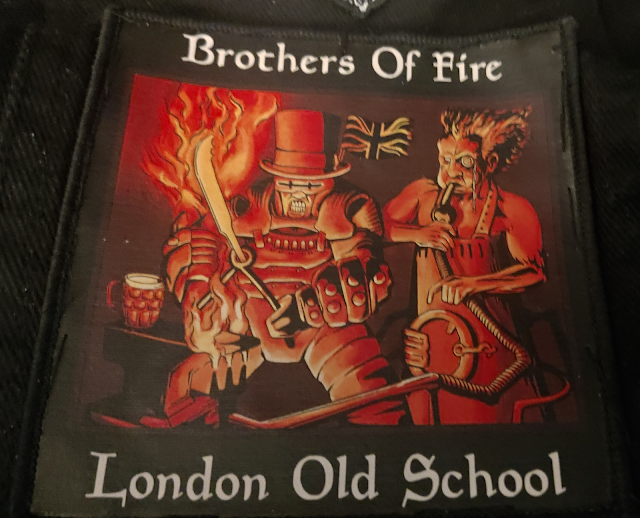 The Brothers of Fire patch was the first patch given to me by another crew. I got this one from Brother Stebbo at the singleton tournament the day before Ivory Cup. People with a Brothers of Fire back patch is a real stamp of quality of a good guy in the old school scene. The first time I met Reindeer was at Scandinavian Championships 2019. I had saved one of my very few small patches for him and he kindly gave me one of these Urborg patches. And as we all know, since Viennageddon 2020 I am friend and foe of the legion. 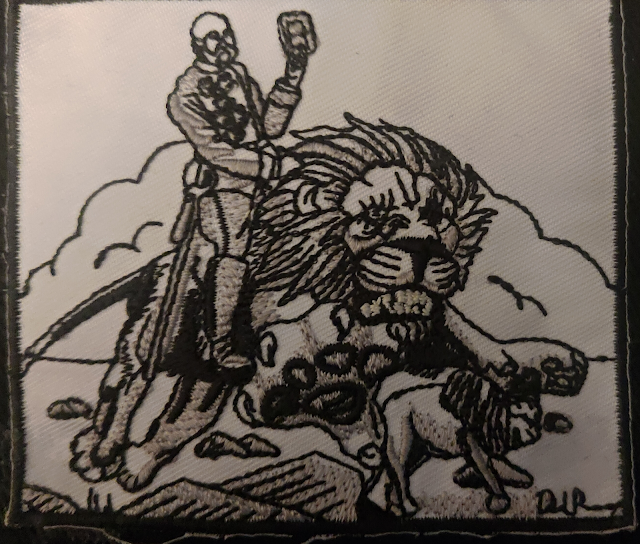 I don't remember exactly when I got this from Mitja, it might have been Viennageddon 2020. Mitja is a guy that's been around at most international tournaments, and he always has a smile on his face (and really ugly pants). This patch is weird, some day I just woke up with this patch. 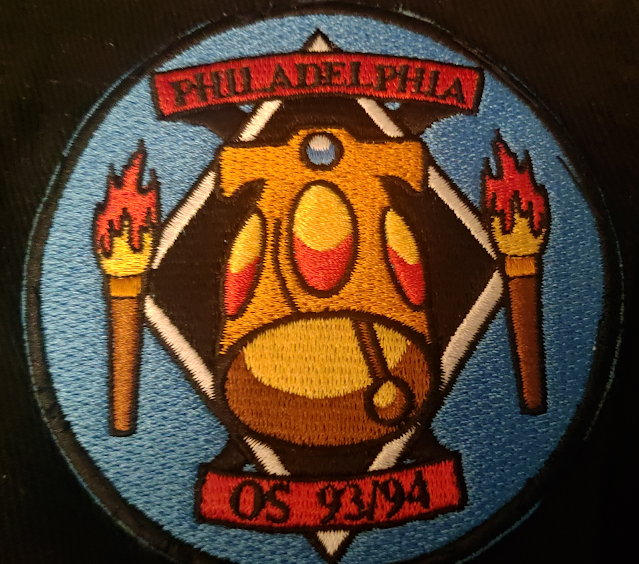 In June 2020 there was an online charity tournament named "A Tournament for Balance" I attended. I think I was the only one from Europe attending that tournament and Dan Serwan the organizer kindly sent out patches to all the participants. This is somewhat of a unique patch to have in Europe and it's beautiful. 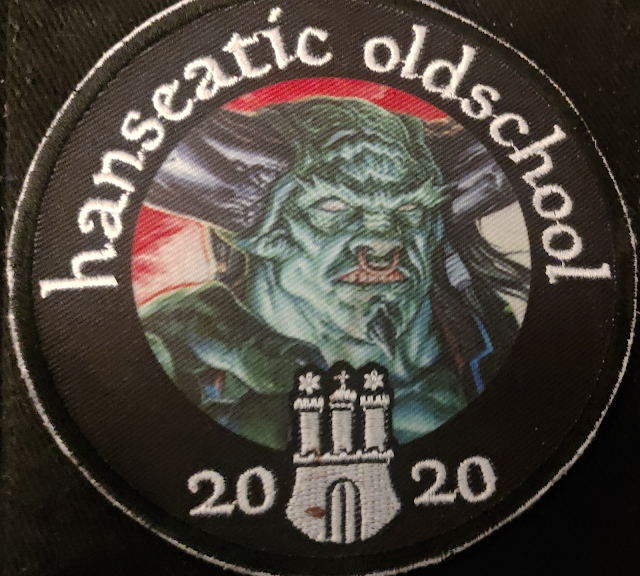 I got this sent to me from Vincent of the Hanseatic crew in a patch trade. I first met Vincent in Viennageddon 2020, and we had a great time. Also, this patch looks awesome. 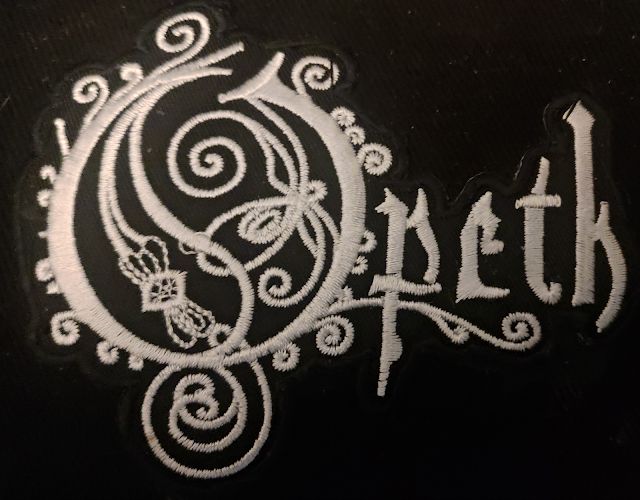 I obviously bought this one myself because it looked clean and fits my black jacket. Opeth is one of my two favourite bands along with Porcupine Tree/Steven Wilson so it's very fitting. Funny enough with this patch a lot of people have come to me to talk a bit about Opeth. Also, it ties back to the 90s when I wanted a jacket with metal patches. If you are into metal listen to Blackwater Park, if you are more into progressive stuff and less metal listen to In Cauda Venenum. 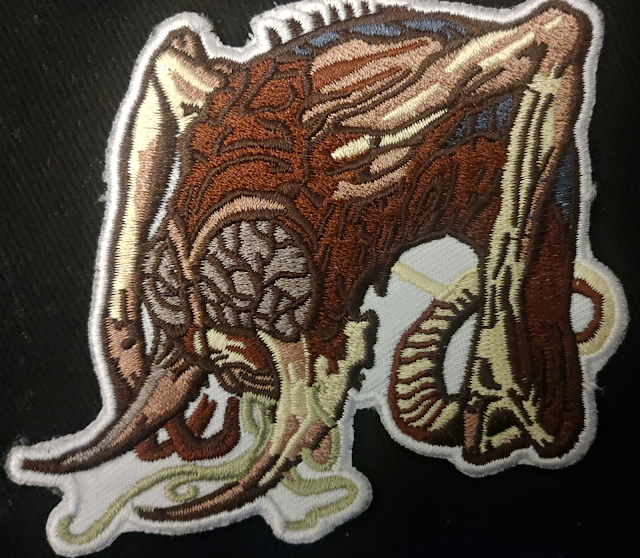 This is not a particularly beautiful and well-formed patch but at least the spinal villain kills Azure Drakes. 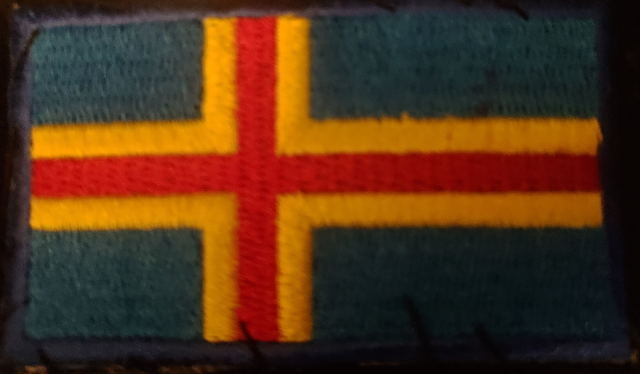 The Åland flag was inevitable to get. I come from the small island Åland between Sweden and Finland and on my first tournament at Kalle's place I got the nickname Åland from Stalin. It has stuck ever since, and all Magic players know me as Åland and never use my real name or my online nickname. A lot of people that go from Åland abroad get it as nickname but in the Magic world, there can be only one.

SvenskaMagic is a big Swedish Magic community. When I got into Magic again in 2011, I found this page which I didn't know existed. Through this page I could trade cards, find tournaments, conventions and without it I probably never would have started playing old school. I have also been on the board of the SvenskaMagic community for several years, trying to keep the spotlight on older formats, arranging conventions and doing live commentary. 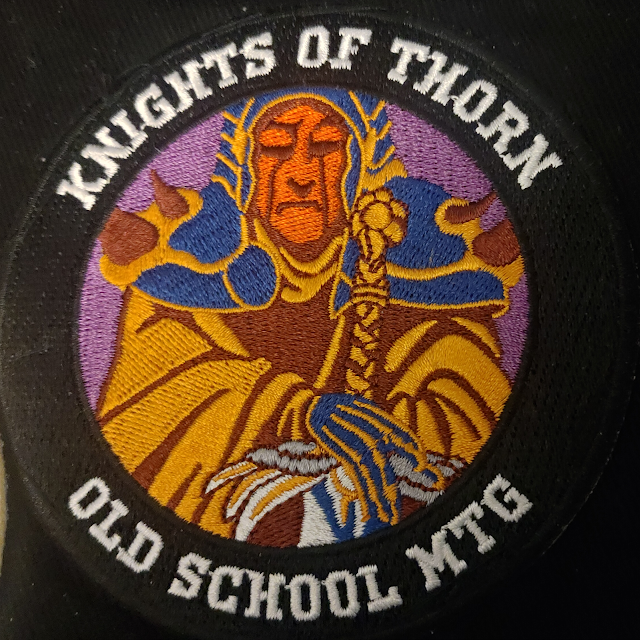 I got this from Mari at the Cabin the woods tournament. I had played Mari before but forgot about it, I have met him after that in Groningen and n00bcon. Mari is one of the guys I really enjoy hanging out with and respect very much, both as a player and a friend. 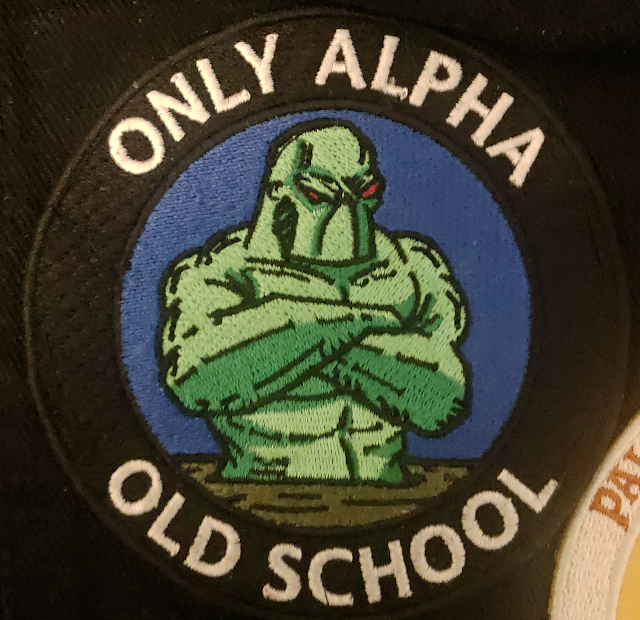 Well it's obvious I got this from Alex, the worlds biggest fan of Force of Nature. I met him for the first time at the Cabin in the woods tournament. A very nice guy with a great dog Rémys. Before accepting the patch, I told him I didn't own a single Alpha card, but that didn't matter. 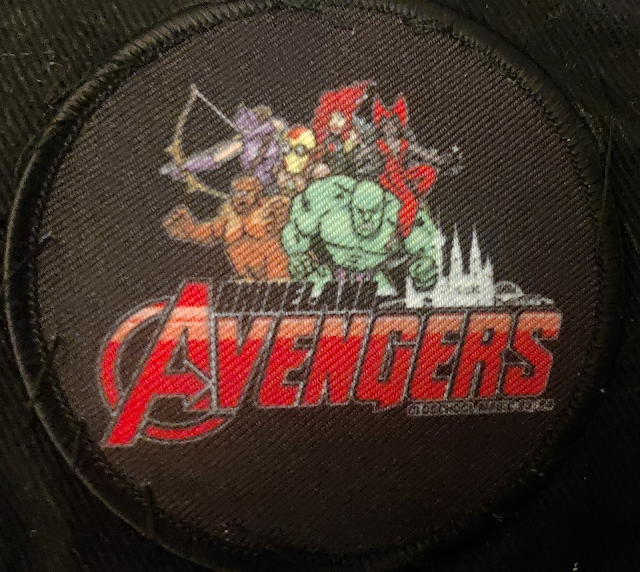 I was very drunk when I got this patch at the bar in Groningen. If I remember it correctly Stebbo said something like "he is trying to give you a patch, you should take it". 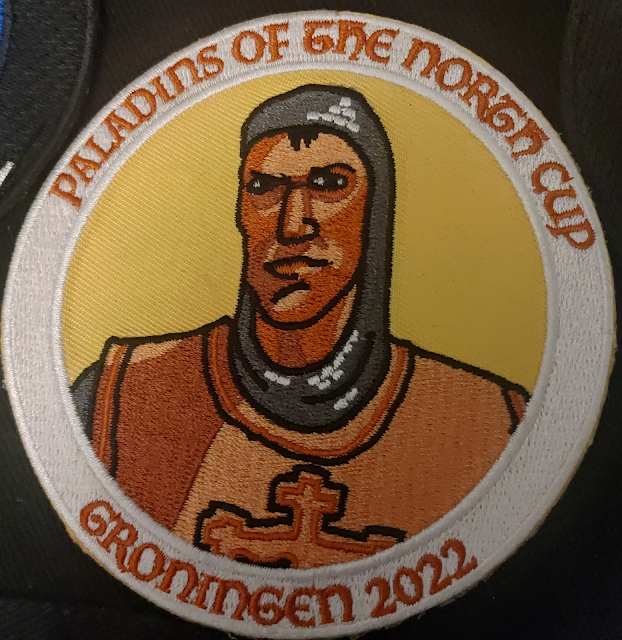 This was given to all participators of the Paladins of the North 2022. A very nice design and beautiful patch. I almost lost this at n00bcon as I have it glued on because it's white and a pain in the ass to sew on as it's really thick with plastic on the back side. 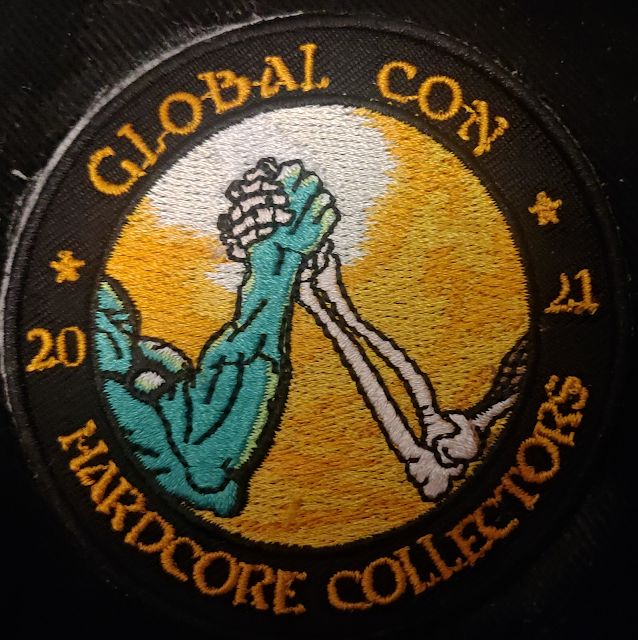 I somehow got this from Juan when we were sitting at a pub the day after n00bcon. We had a great time and spent a very long time talking while the others were playing a cube with modern cards. I really want to visit Barcelona to play Magic as I have never been to Spain. 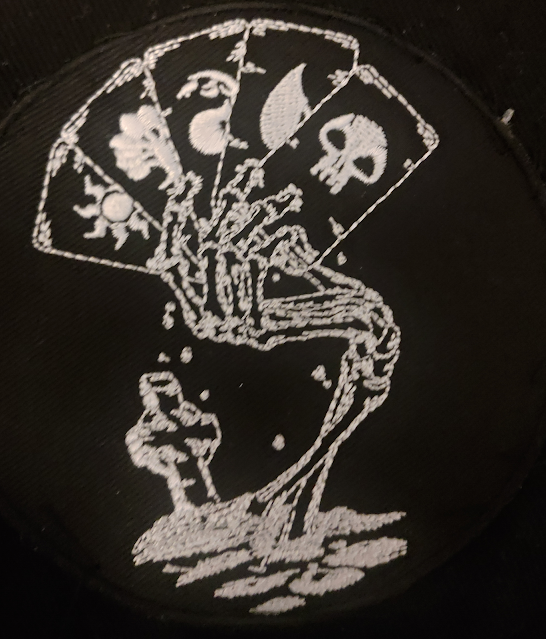 This patch is from the Dutch oldschool guys, I'm 99% sure it was Chefke who gave it to me at the terrace Saturday after n00bcon. I'm not really sure about who is part of which crew in The Netherlands, but everyone has just been great anyway. For me this patch represents beer and friendship.

So, this was a bit different from the other entries. But next time I will tell the stories of my return to Vienna to defend my crown.