I had an initial thought of posting once every 10 days and I kept that up for a while. Lately I have not really been playing that much and have not really been "feeling it" lately. I played way too much in 2020 and I have had some medical issues which made me skip signing up for every league in March and even skipped some late February one-day events. So these decks are from the middle of January until now. 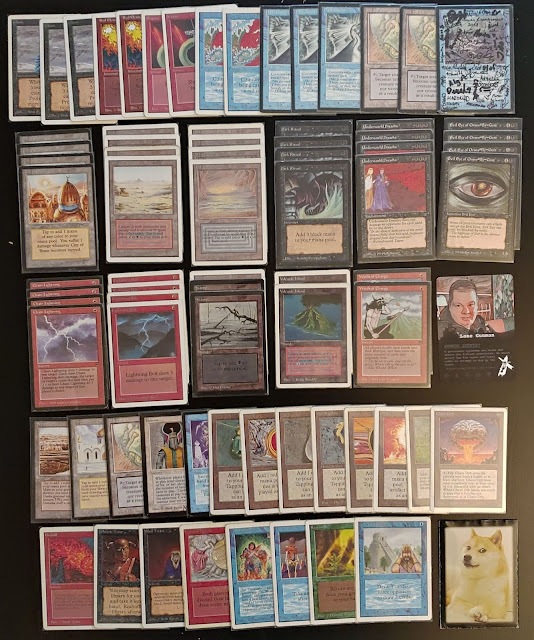 This is just something I threw together to play against Gordon's "White Weenie". I have been playing a lot of Dark Rituals and Underworld Dreams and some Evil-Eye's this last year. This is not a good Evil Eye deck, but I didn't want to make anything really strong. I lost and was quite happy I did not have to play this more than one match. 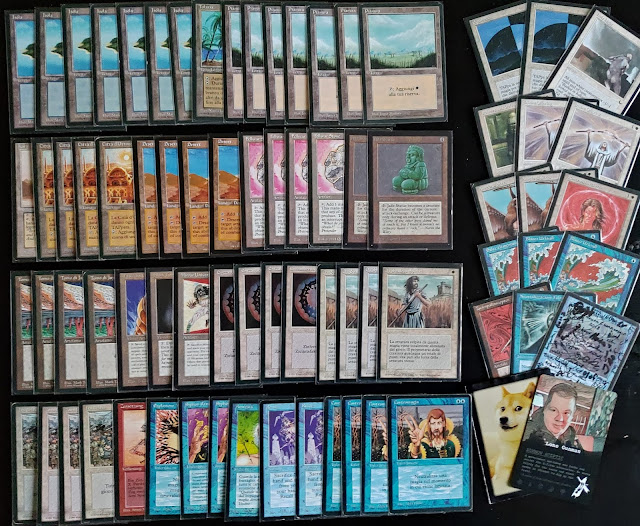 This is obviously a real treat to be able to play before it gets banned. It plays a lot of the strongest cards in the format and fueled by four books this is a monster of a deck. Sadly, I lost the quarter final mirror, I think this was my best chance ever to win a 1.5 tournament. I also had 73 cards of this deck in black borders, so I bought two CE/IE Jade Statues to complete the black bordering of the deck (making them my first CE/IE cards ever). 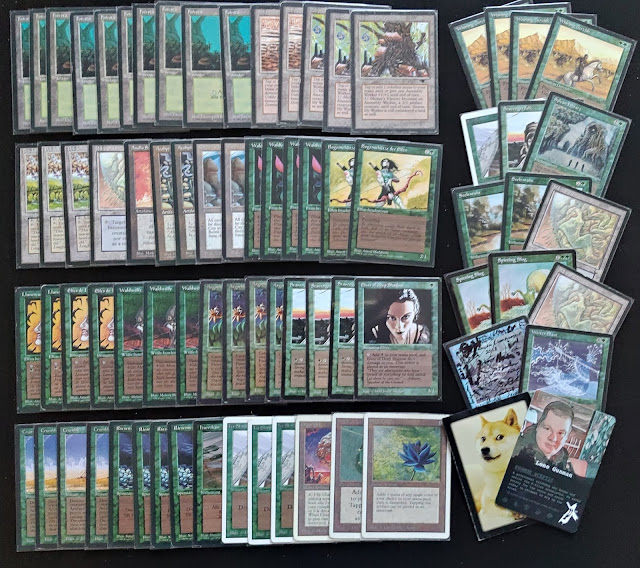 My first attempt at playing DFB Green, it was not my finest hour but I really appreciated playing this deck. It just feels like I have been playing too few drafts when playing these kind of decks rather than playing control, prison or combo. I will for sure pick this up again, but maybe when it is not flavor of the month anymore. 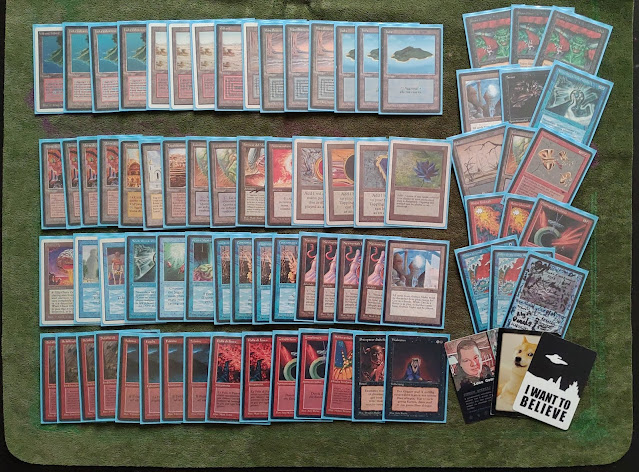 Took my new deck favorite deck out for a spin again. I have played this deck 7 times total and it has been in 12 months' time. With this I have two tournament wins, one top 4 and two top 8s. I do not know why I like this deck so much. Oh, and btw, I complained about playing Ivory Towers in the sideboard earlier and Juzam Djinn is not better.
Ah well, not a spectacular post but at least something. I have two things in mind for upcoming posts, in the short term I am going to write about "getting it" in old school and in the long term (maybe late this year or early next year) I intend to write a longer essay about the history of The Deck in Swedish old school 2012-2022 (celebrating 10 years in old school for me). And I also want to try out some spicy stuff in a deck: 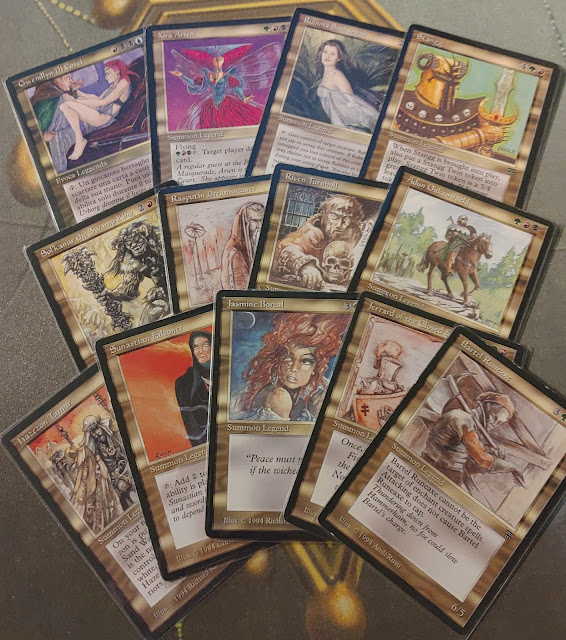