As seems to be a tradition on most blogs and podcasts I am doing a review of my year. It is of course a bit different than usual year but all in all this has been a great year Magic-wise for me. This year made me remember the times around 2001-2004 when I mostly stayed at home or at an Internet café playing Dark Age of Camelot. One of my skills is that I still can thrive being by myself in an apartment.

By the end of 2019 I was set on traveling a lot in 2020, I missed the Reindeers Mountain Madness and was set on all the other stops for the communitour and hopefully visiting the United States for the first time. I wrote this end of December 2019 on Facebook; at that time, I had no intention of starting a blog or joining in on a podcast. 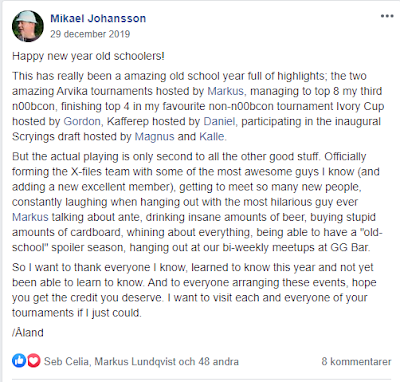 2019 was great result-wise, I managed to get my third n00bcon top 8, my second Ivory Cup top 4 and finished second place in the Scryings release draft. The only thing I was missing was being a bigger part of the world-wide community.

Old school tournaments 2020, or the year of the trolls

I managed to play two IRL tournaments before corona struck with full force in March and some pub evenings at GG Bar. Can you believe this, IRL Magic without masks and without keeping the distance? 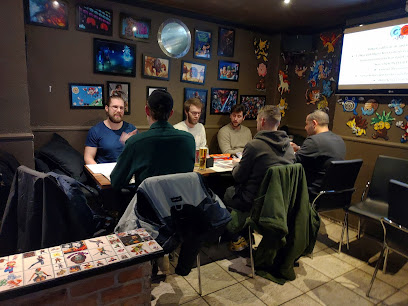 I played a weird tax tower deck at Arvikafestivalen (no deck pic but a list is available here) and then I played Troll Disco for the first time ever to win Viennageddon III (a long article about it here). Wow, real people playing Magic together! 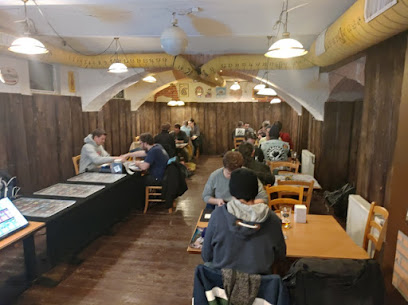 I had bought a Logitech c920 and a microphone before covid so I was set up to play online games, I managed to win a 20 people NOSMTG-tournament with an updated troll list two weeks after Viennageddon. 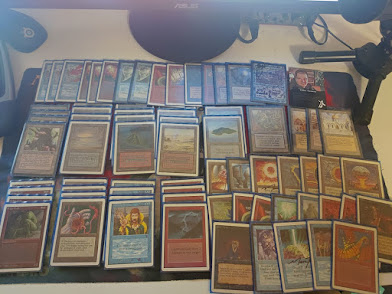 I got really hooked on playing these online tournaments and I have to this date (29th December) played 208 matches of old school during 2020, it is probably around as much as I played 2012-2019. For those who might be interested my win rate is 58,65% and I have played a lot of different decks like: Shops, UR Counterburn, The Deck, Powerball, Dibatog, Deadguy Ale, Temple of Sped, Twiddle Vault, Tax Tower, Rukh Valley, Fantasy Zoo, Dreams Combo, Stasis and Chambers Partial Recall. I also want to thank, among others Svante and Wheel M for helping with decks and tweaks to a lot of my decks. 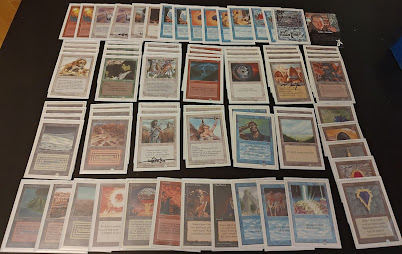 There are so many people to thank for arranging all these amazing tournaments across multiple formats, here is a list of the organizers I would like to thank:

The return to premodern
I started playing Premodern back in late 2016 around the time Martin Berlin published the format to the public (Swedish article here), I helped start up the scene in Gothenburg and we did a solid run of monthly Sunday tournaments at our local awesome gaming pub GG Bar. Sadly, that ended due to life and then corona hit and made IRL Magic not possible. We did get in some games at my place in February, but I only have a picture of a 2HG game with my cube. 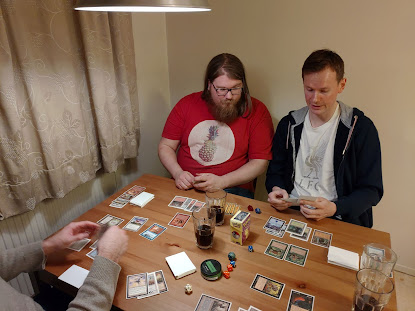 During the summer I had some really interesting discussions about Premodern and I would say that Robin Lundh's love for the format and the deck design of Svante's UB Stiflenought got me back into playing it again. 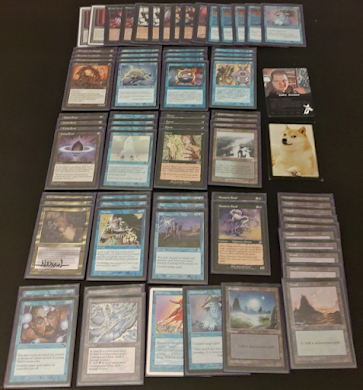 I also got to play a MUD deck I found on YouTube and played it to an 8-1 record finishing the group stage 6-0. The deck was fun of the most fun decks I have played in a long time (as a long-time fan of STAX in Vintage, hate Aggro Shops). The deck also got me featured on All tings considered. 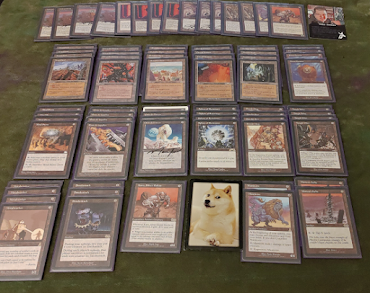 Some of the Premodern tournament organizers I really want to thank:
Great content
Even though, or maybe because, of the global pandemic this year featured a lot of great content. All tings considered keeps putting out weekly podcasts, lots of new streamers have started (or raised from the dead), new formats have been popping up like crazy. We even got people putting in 90's commercials during their streams! We even had a new tournament software for all online and offline tournaments created. I have been trying to produce a small amount of content myself on this blog and helping out (and annoying) Säb with the Monster of the week podcast. The only bad thing with that podcast is the theme song with is garbage. 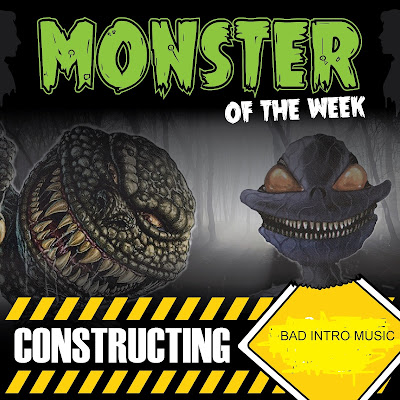 Following content creators gets to be in my spotlight, although there are several more that probably should be mentioned:
It's Christmas!
I never really celebrated Christmas in my family and the last years it is basically me sitting by myself, watching bad movies and complaining. This year we had a stream playing online with some other that for some reason was not celebrating Christmas, I choose the most fun deck I could thinnk of, Stasis. 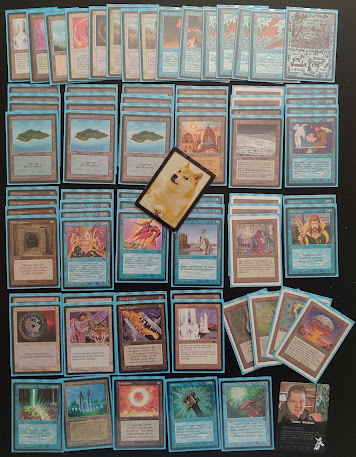 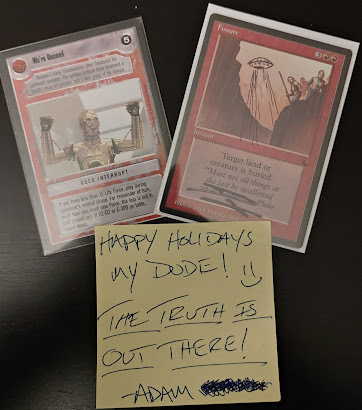 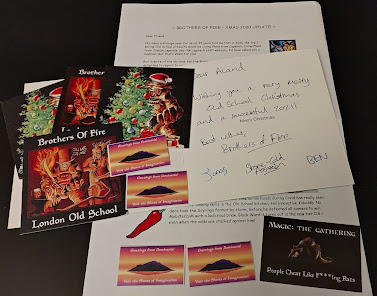 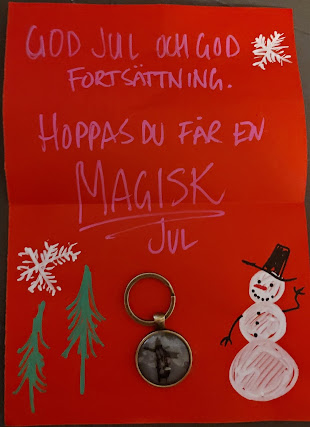 Summary and honorable mentions
I get that this year has been hard for a lot of people, for me it has been great considering the circumstances. I got to play a lot of Magic, I got to learn to know so many awesome people from all over the world this year. I learned a lot of new stuff and hopefully I am a little better person than I was last year. This is me hanging out with new and old friends via webcam after a stream: 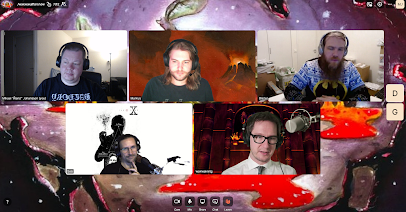 The honorable mentions this year are:
I think this wraps it up, I probably forgot 50% of what I was supposed to write but I think this sums up a good year in my old school playing career and a great year in way of getting more involved in the several communities around the world. So happy new year to everyone I knew before this year, I learned to know this year, and I will (hopefully) learn to know the coming years. I end with a picture of my kutte which wants to see more than one trip abroad next year. 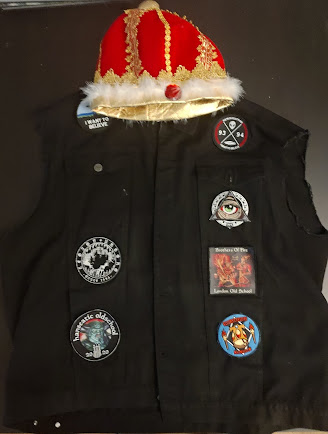