Can not believe this is still going but there are more decks to play, more tournaments and leagues to finish. I must say I am getting a bit burned out playing all these leagues and from 2021 I will try to be more restrictive about leagues and hope for more one day webcam events. I also got a Playstation 5 now, so I want to be able to focus a bit more on that ;) 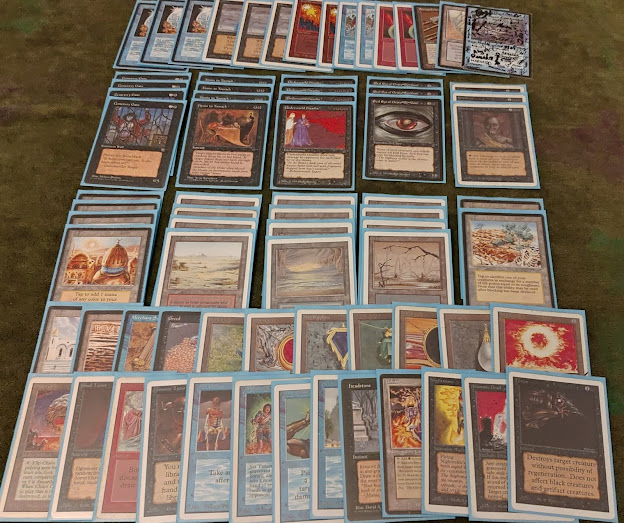 This month's NEOS was a modified Atlantic requiring you to have five Homelands cards in your 75, I wanted to make something Halloween-themed and came up with "Graveyard Passage to the Underworld". I even wrote a (bad) story describing it:

"The Greedy unnamed man found a Merchant Scroll during a trip to the City of Brass. The Scroll talked about a Diamond Valley deep next to an Underground Sea in the Underworld. During his research in Library of Alexandria he found out about the Headstone in a Pestilence-ridden cemetery guarding the entrance to the Underworld. During the unnamed man’s long travels through the Badlands and Swamps to find this cemetery he had Nightmares about Evil Eyes guarding the Diamond Valley. Well at the Cemetery Gates he found several cloaked men performing a Hymn next to a Chaos Orb to Animate the Dead. Filled with Terror he sneaked past them to the Headstone. Was this just Underworld Dreams about the Diamond Valley or did this cursed place exist? We might never know for the unnamed man did not return…" 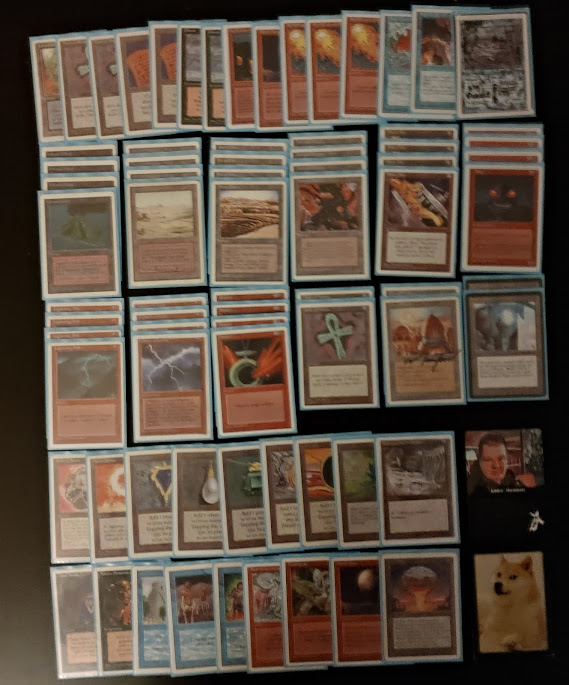 You take a good deck and play it against seven good opponents on seven other good decks and you might end up 2-5 or 5-2 (especially in the 4 Strip Mine formats). A lot of the matches were extremely close (even responding to a deadly trigger at one life and tapping a City of Brass to kill me with a lethal Lightning Bolt). I can not make up my mind if I like 4 Strip Mine formats or not.

And that is that I do not have anything more to share this time. Check out Säb and my podcast over at Wak-wak or your podcast apps.