So... many... tournaments... and... leagues. I just passed my 200th old school match this year last weekend (and add to that Premodern, ALICE and Revised40). I really need to find something more creative and productive than just posting these deck lists. Maybe I do another "tournament report" of the Winter derby or write some nostalgic stories, who knows. 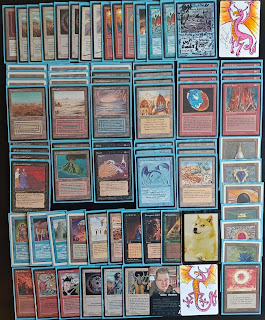 I think I had enough with these Diamond Valley decks now, it is a frustrating archetype to play more than 1-2 times per year. I do not really know where to go with this archetype from here, but I really like the Azure Drakes (they have decent life gain, attack potential, survives bolt and can block Serendib Efreets).
Type 1.5 Autumn - 3-3 Record (58 Players Type 1.5) 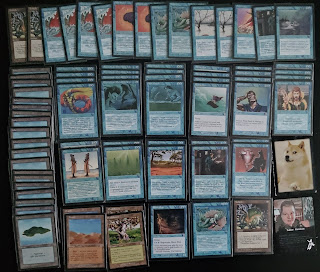 I was really excited to play this list for Type 1.5, I even got the FBB and Timeshifted cards. Deck was decent and quite fun to play something different (and I have been a fan of the Boyle-style Merfolk lists). The matches were close, and it is satisfying to Magical Hack a Tsunami.
Lightning Ball - 4-3 Record (86 Players EC) 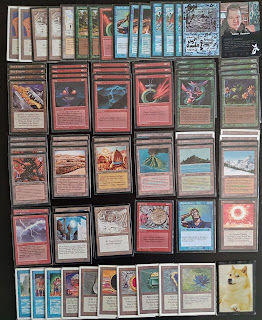 This is a straight up stolen list from Dave Firth Bard. Deck is nice and fun, manabase is terrible. 4 Strip Mines is not the right way to play Magic, get over it.
NEOS Monthly December - Top 8 (72 Players Paladin Magic) 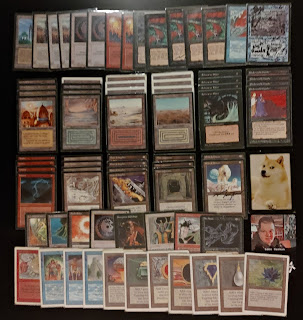 This deck type has been a staple in Swedish at least since I started playing in 2012. I have been on a mission to try to find a home for Underworld Dreams in the US formats. I started in the summer derby and had several versions of Diamond Valley decks with Underworld Dreams. This deck is fun to play and really, really high variance (which makes it a bad deck). I am stoked to go 5-1 in the group with this deck and after that win my wild card match. You get to do really broken stuff and smash with Juzzum Djinn on the draw when they sideboard out their removal. Since The Tabernacle at Pendrell Vale is restricted in this format I had to put it in the deck since it must be broken to be restricted.
With this I want to wish you all a merry merry christmas (but not a happy new year yet).