August 13, 2020
Three more deckpics from online tournaments I played during the pandemic. Got to try out three decks I haven't really played before. Very mixed results but I had a blast playing these three tournaments. These tournaments are a couple of months old now but came up with different more relevant stuff to post. Also trying to keep the schedule "one post per 10 days" from now on.
Raging Bull Series: Online - 2-4 Record (44 players SWE) 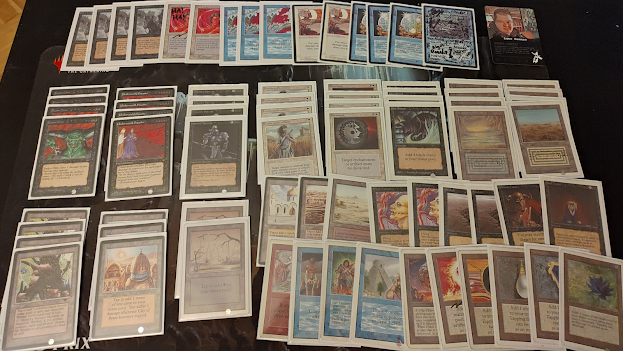 I couldn't help myself from playing this Disaster Ale pile with Juzam Djinns even though I was advised to save them for Atlantic tournaments. I won against a Lauter.dec and some deck with Prodigal Sorcerers and Hypnotic Specters and lost to Malte's Dragonflies, a cool Berserk Sword of the Ages deck, a Atog deck and some Rukh Egg recursion deck. I don't know why I performed so bad this time, the deck had some results in Swedish lately. I guess I was just a bad Magic player that day.
A Tournament for Balance - 5-1 Record (38 players ATL) 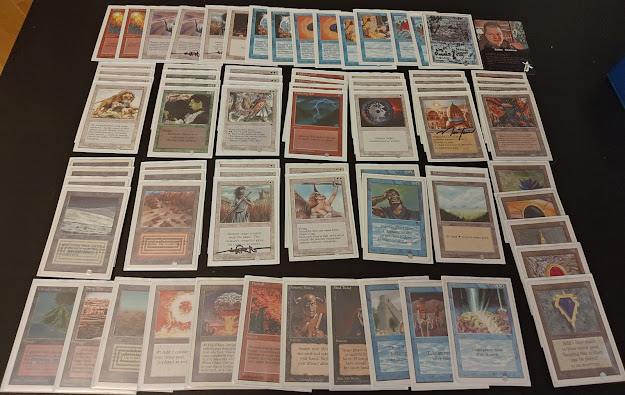 This is the first time I played Temple of Sped (if you want to know more about it listen to episode 2 of All Tings Considered). It's a slower version of Fantasy Zoo, it has a lot of good cards but does nothing broken. I got to play against some cool decks and won against all, according to me, Atlantic tier 1 decks: Atog, The Deck and Shops. My only loss was against monoblack. My win against shops was insane as I won game 1 and then proceeded to draw game 2 with a Psionic Blast and locking down game 3 to win 1-0 when time was called.
Scryings Festival one day Battle - 2-2 Record (12 players SCR) 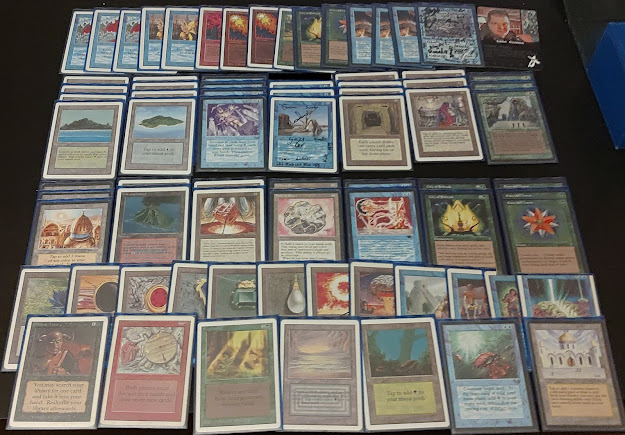 I'm not that into Scryings and have been fiddling around with Tax Tower and UR Counterburn with Vandals (only time I ended up with a positive record was with UR). I ended up playing a Twiddle Vault list. I haven't contributed a single card to this deck built by Svante Landgraf. The list I got even had a 14-card sideboard which left me able to put in the Giant Shark (Svante played a Tormod's Crypt in that spot). I won against reanimator and mono green and my losses were to Powerball and a sweet Chains of Mephistopheles brew. The brew was so nice so I skipped play round 5 against Jason Schwartz to spectate that deck instead.