Building on a budget with reprints

October 02, 2020
Getting a full power 9 and dual lands with today's prices is very expensive but with the reprint policy allowed in the US and most parts of Europe you can build a deck and participate for a small amount of money. These decks allow for upgrades and adding more colors or splashes.
Back in 2012 when I started playing a fully powered Swedish legal unlimited version of The Deck could cost as much as 5000 USD and many were thrown off by the prices involved in playing. To be able to play and compete you didn't have to play The Deck one of the earlier Giant Sharks was won by an unpowered White Weenie at the legendary BSK tournament in 2013.
I did a budget version of this deck (omitting City in a Bottle and King Suleiman) and made a Swedish legal White Weenie deck featuring 4 x Thunder Spirit, 4 x Crusade, 4 x Savannah Lions and 4 x Mishra's Factory and 3 x Armageddon. The deck cost 250 USD in total (shipping included) and all the cards were bought from StarCity Games, Cardkingdom and Troll & Toad (it took orders from all three to get the complete 75).
This is not a possibility today and I don't know what this deck would cost today. My goal with this post is to build five different decks featuring only "cheap" white-bordered cards (with some small exceptions). The decks will be mono-colored. I am not saying that these decks are really good but they are cheap options to consider if you want to try out old school with reprints, join some webcam tournament or get a friend into the format. There is also room for improvement in different price ranges. 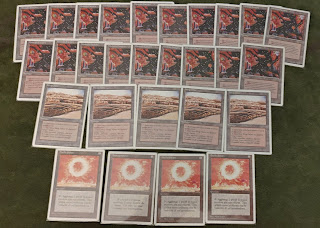 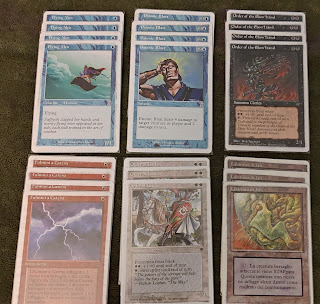 Spent some vinyl eraser to make these decks fully WB

For this experiment I consulted Dave Firth Bard for the mono white and mono green decks, Jordan Boyle for the mono blue deck and Jonas Twitchen for the mono red deck. I consider them masters in the art of building budget decks. I took some of their advice into my deck builds but maybe not everything.
Mono white 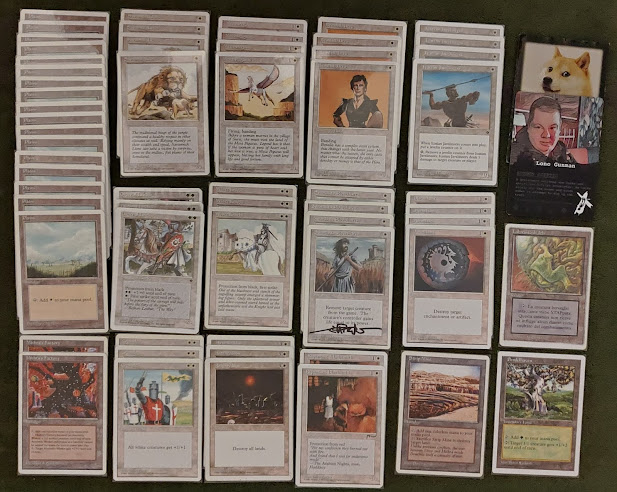 This is a bit different from the old (2011-2016) white weenie decks in the format and also cards from Fallen Empires. There should have been a Icatian Lieutenant in this list, but I didn't find one (pumps Benalish Hero and Icatian Javelineers). A quite inexpensive upgrade to this deck is cutting 2-3 Crusade for Army of Allah which is better in these swarm decks. Read up on banding rules before playing this deck so you can use and abuse them to their maximum potential.
Mono green 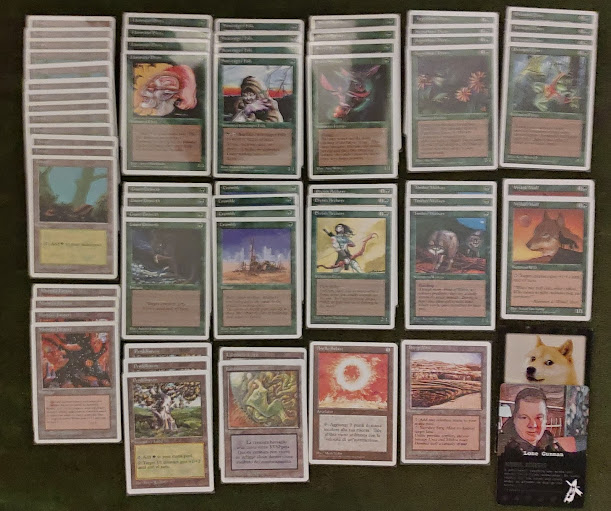 This is a sweet list with lots of different possibilities, I chose to add Erhnam Djinns but it is probably best to not use them at all. The Sol Ring should have been an Elves of Deep Shadow but for some reason I didn't want to white border an English one. Note that the Maze of Ith is good on offense saving your creatures (and allowing combat tricks with Wyluli Wolf and Mishra's Factory). The best upgrades are 2-3 Ice Storm to get rid of opposing Maze of Ith's and Mishra's Factories.
Mono red 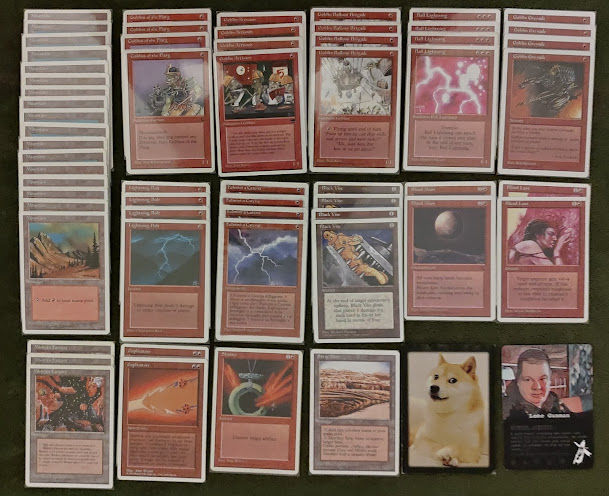 I think this is a solid list with lot of opportunities to kill your opponent in a quick fashion and having time for more beer. You could argue for switching Goblin Artisans for Goblin Digging Team and/or not running Black Vise at all. The top upgrade for this deck is Wheel of Fortune (which sadly has spiked a lot lately).
Mono black 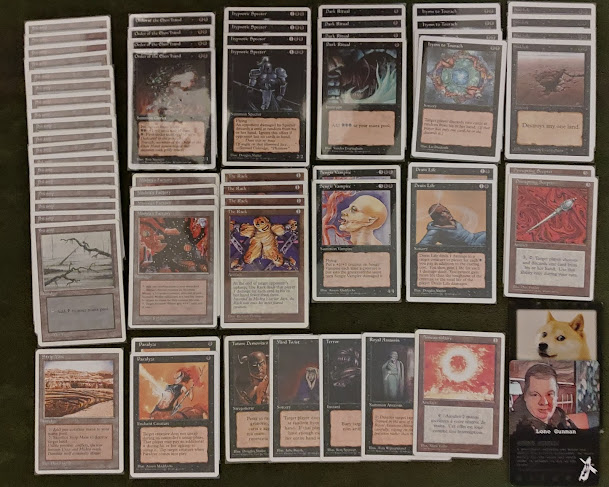 A budget deck for people who do not to do a little more stuff than just attacking with creatures. Hymn to Tourach and Order of the Ebon Hand are powerful Fallen Empires cards that makes this deck viable as a budget deck. The single best upgrade is Mox Jet enabling a powerful turn one Hymn to Tourach. Juzam Djinn is also a good finisher. With City of Brass and maybe a couple of Scrubland you could add Balance and some artifact/enchantment removal this deck can struggle with.
Mono blue 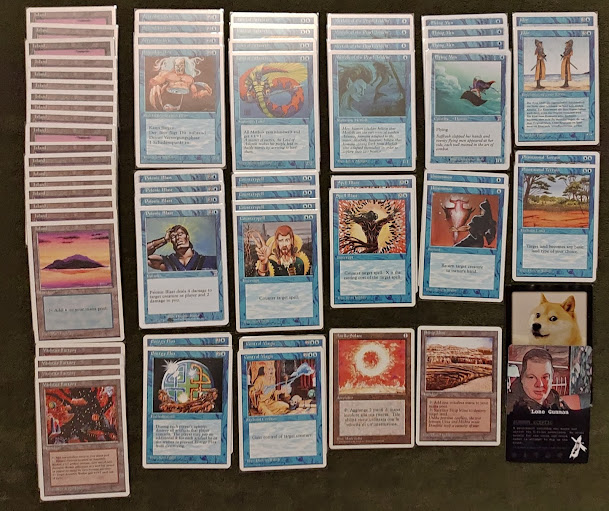 This deck is a slightly adapted version from Jordan Boyle's top 8 deck from n00bcon 2019 (he lost to my Atog deck in the quarter finals!). I am really impressed with his performance and this deck in general, good for the guy who likes counter magic with a cheap plan to win the game. Serendib Efreets from Revised are a lot cheaper than my Foreign White Bordered but they do the same damage. Obvious upgrades for this deck are Mox Sapphire, Ancestral Recall and Time Walk.
General advice
Maybe you will not win a tournament with these decks, but you can have a really good time playing one of these. Maybe just build a couple of these or similar decks to help people get into the format. If you are a new player and isn't 100% sure what you want to play try to aim for the more general expensive cards if you can afford them, Chaos Orb is probably the greatest option since it makes every deck better and doesn't cost like a Black Lotus. A lot of decks (all?) benefit from Library of Alexandria but a Timetwister is both color and usage restricted. To get better ask your opponent after the match if they have any advice for your deck or how to play certain situations better. And most important of all, have fun and don't be a douche.
Big thanks to Dave Firth Bard, Jonas Twitchen and Jordan Boyle for taking time to give me some hints on building these decks.